Login
Get A Quote

Named the sunniest country in Europe with over 300 days of sun, Cyprus is a beautiful island country located in the Eastern Mediterranean Sea. If you’re looking for a destination with warm, blue oceans, rich history, and surrounded by mountains, then Cyprus is the place for you.

For the beach-lovers, Cyprus is an ideal destination, since year-round temperatures exceed 20⁰C. It has one of the warmest climates in the Mediterranean parts of the European Union. In addition to the beautiful scenery and amazing weather, Cyprus has a lot to offer in terms of history, culture, and food.

If you are looking for a final call to come to Cyprus, here it is. The following is a discussion of reasons why Cyprus is a good choice for anyone planning to live their dream island life.

Cyprus holds a long and rich history and is a great destination for anyone interested in our human past. Cyprus has been inhabited by humans since as far back as 3.3 million years ago and has a recorded history since 1050BC.

The people who inhabited Cyprus during the Paleolithic era lived alongside dwarf animal species such as the pygmy hippo and dwarf elephants.

In 1914, after 300 years of Ottoman rule, Britain began to rule Cyprus and in 1925, Cyprus became a crown colony. The history of Cyprus is well-documented. There are 32 museums in Cyprus, including natural history museums, wine museums, and motorcycle museums.

If you are interested in any aspect of history, Cyprus would be a great country to visit. With a wide variety of museums and history, you will be spoiled for choice and you will always have something to do.

One of the most important things to include in a general introduction to Cyprus is the culture. As a result of its location and history, the culture in Cyprus is extremely diverse. If you’re interested in trying Greek, Turkish, and Mediterranean food, Cyprus is for you.

It has long been influenced by its surrounding countries. It doesn’t matter how long you plan to spend in Cyprus – whether it is a short holiday or a long-term or permanent stay – it is important to get to both the northern and southern regions of the country.

The northern region of Cyprus is heavily influenced by Turkey. Turkish-Cypriots promote their own culture through food, newspapers, and even town names in this region. The southern region is influenced by Greece.

Greek-Cypriots speak their own dialect of Greek, preserve Greek traditional holidays such as Easter and Anthestiria (a spring flower festival), and many Greek-Cypriots will even complete post-secondary education in Greece.

If you’re hoping to experience three cultures while in one country, Cyprus is highly recommended to you.

Despite the state of surrounding countries, the economy of Cyprus is strong. It is classed as a high-income economy and included in the International Monetary Fund by the World Bank. If you are planning to move to Cyprus, here is some good news: since 2008, Cyprus has adopted the euro as its official currency.

So, if you are planning to visit other European Union countries in your time abroad, you don’t need additional exchanges. The economy of Cyprus is open, free-market and service-based with some aspects of manufacturing.

If you are planning to settle in Cyprus and thinking of employment, you will have limited options. For the free-spirits, you can go into fruit-picking or tourism.

However, if you prefer something inside an air-conditioned office, it is easiest to get a job in finance, telecommunication, electrical engineering and IT.

It would also be to your benefit to have a basic knowledge of Greek, even though the majority of business takes place in English. Although salaries for foreigners in Cyprus may be lower than in surrounding countries, it is a fantastic place to live and work because the standard of living is higher.

The government of Cyprus is led by a president who is both head of state and head of government. Since 1974, the president of the Republic of Cyprus has led the southern two-thirds of the island.

The northern one-third, only recognized by Turkey as the Turkish Republic of Northern Cyprus, is led by its own president. Despite this division, both groups of Cypriots are proud of their country and heritage, and welcome expats with joy. The border between the two sides of Cyprus is open, but the groups remain divided.

Regardless of this division, expats in Cyprus can enjoy the freedom of a democratic political system. A general introduction to Cyprus law shows that the legal code is based on Roman law, which has been adapted by most countries around the world. This means that you should be familiar with the judicial system regardless of which country you come from.

When deciding on an island destination for life abroad, you may consider many popular choices such as Hawaii or Seychelles. However, Cyprus has a lot to offer you if you just give it a try.

From a diverse culture and rich history to a strong economy that welcomes expats, you will never be short of options in Cyprus. For any future expats worried about being isolated, there is also a large and active expat community waiting to welcome you.

Cyprus is a wonderful destination, where you can experience a variety of foods from a variety of cultures, and a great place to chase the sun. If you are worried that the political divide will result in a negative experience, it should put you at ease to know that Cypriots are some of the friendliest people in Europe. With all that, it is now time to embrace the Cypriot life.

When a relocation becomes a one-time lifestyle experience

Choosing the Right School for Your Children in Cyprus

all the expat tıp you need. updates daily. 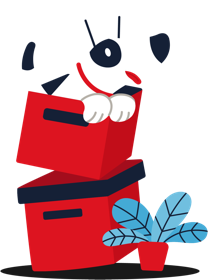 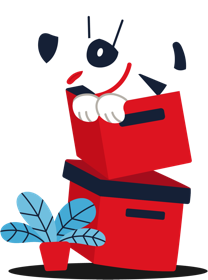 © PassportCard 2020 | PassportCard Cyprus Insurance Broker Ltd. incorporated in the Republic of Cyprus with registration number ΗΕ 318367, authorized and regulated by the Superintendent of Insurance of the Republic of Cyprus. The registered address is 7 Florinis Street Greg Tower, 6th Floor, 1065 Nicosia, Cyprus. The insurer is AWP Health & Life SA (“AWP”) a member of the Allianz group. Acceptance to the PassportCard insurance plans and the Plans’ benefits are subject to the terms and conditions of the Policy and medical underwriting | PassportCard is a member of White Mountains and Davidshield group | Illustrations by Shira Noc

© PassportCard 2020 | PassportCard Cyprus Insurance Broker Ltd. incorporated in the Republic of Cyprus with registration number ΗΕ 318367, authorized and regulated by the Superintendent of Insurance of the Republic of Cyprus. The registered address is 7 Florinis Street Greg Tower, 6th Floor, 1065 Nicosia, Cyprus. The insurer is AWP Health & Life SA (“AWP”) a member of the Allianz group. Acceptance to the PassportCard insurance plans and the Plans’ benefits are subject to the terms and conditions of the Policy and medical underwriting | PassportCard is a member of White Mountains and Davidshield group | Illustrations by Shira Noc

Our Sites
Menu
get a quote